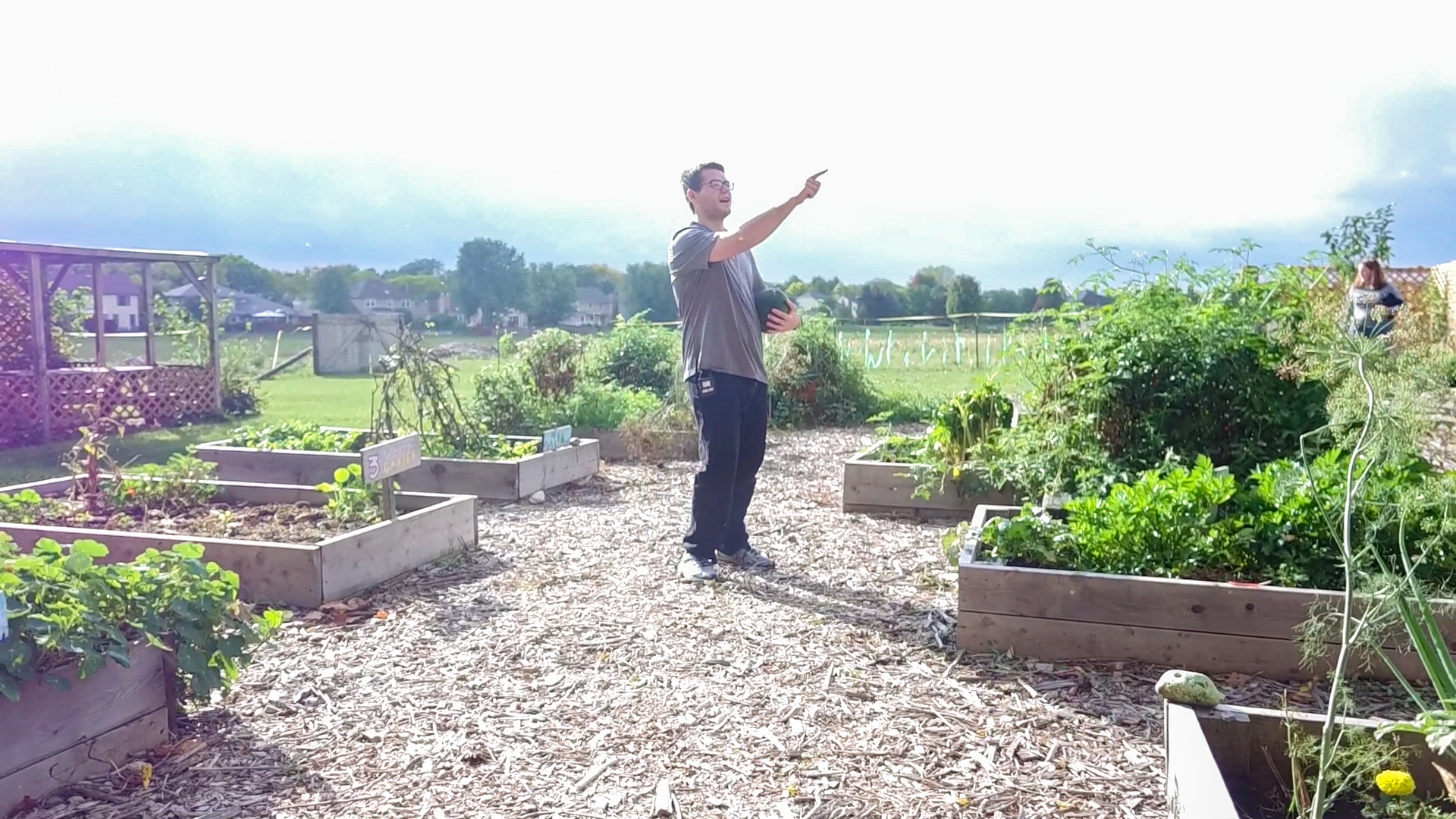 “The Farm – it feels like a new kingdom,” says John Wagner of Wheaton.  John is a builder of kingdoms – he actually built Disney’s Magic Kingdom on Minecraft – and he has also become the king of our Children’s Garden over his past two years volunteering at our McDonald Farm headquarters.  Nineteen year old John is the special needs son of Dan Wagner, a Trustee of The Conservation Foundation, and his wife Lisa.  “I’m the oldest of the triplets. I have 6 people in my family and there are me John, Mike, Annie, Danny, Mom, and Dad. And I have a dog named Patton,” John tells me.  His particular challenge is autism, but it certainly hasn’t stopped him from engaging with the world around him and making it a better place!

Watch the video below or read on for John’s story!

Realizing that John was growing older, Dan and Lisa were searching for things he could participate in that would be significant.  “Everybody deserves to have something they feel proud about,” said Dan.  “Just because someone has special needs doesn’t mean they can’t give back.  Just because they might not be able to be as communicative, it’s still important to be engaged in helping the world out.” 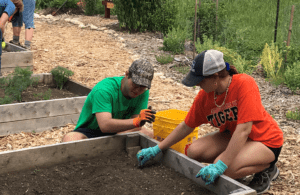 In 2020, John started volunteering at McDonald Farm, developing a particular interest and love for our Children’s Garden.  From mulching to planting to watering flowers to pulling weeds, John puts in a good day’s work every time he comes to volunteer.  He even won Volunteer of the Year for 2020!  “I chose to volunteer at the farm to get some good work experience,” said John.  “I chose to volunteer at the farm because I wanted to learn and grow healthy foods. I like to be outside for nature.  I like volunteering because it makes me feel so excited.  But I like volunteering here because I feel very proud of it.”

John also tried his hand at cleaning, preparing and monitoring the bluebird boxes at McDonald Farm.  He excitedly told me about counting all of the bluebirds and their eggs, sometimes four or five to a nest, and about the blue jays, “happy little red robins” and blackbirds he enjoyed watching on his bluebird monitoring route.  “Because of my hardship I have I was playing on the phone worrying about stuff and I look at the bird’s house and count how many birds that I’ve found in the bird’s house.  And it just makes me feel so calm and confident,” he shared.

“When John is out in nature, there’s a certain calmness to him,” reflected Dan.  “Getting outside is super important. It’s a little bit extra important for a special needs person, to be able to be in nature and to be calm.  Nature also is important for the parents of special needs kids because nature is a way for you to be able to get in touch with who you are and with what’s important in life. And it helps calm down the stresses of everyday living.”

The Pizza Garden, the Taco Garden and the Sensory Garden all seemed to hold a special appeal for John as he described his favorite vegetables and the ones he found most interesting, like the “cool red peppers” and tomatoes he would take home to contribute to his family’s dinners after a long day of volunteering.  As John showed me around the gardens, he stopped often to touch a plant from stem to seed pod, or snip off a sprig to smell.  He was completely delighted and immersed with all of his senses, and though I have walked those garden paths many times, following John and sharing his fascination with every detail was like seeing (and smelling and feeling) it all in a fresh new light.  Watering flowers seems to be the favored task for John, but it’s not all sunshine and roses for him in the garden.  He told me in no uncertain terms how he feels about harvesting potatoes, and let’s just say he was not a fan!

But John’s dislike of that one particular job did not dampen his zeal for working in the garden, and sharing its beauty and harvest with his siblings, fellow volunteers, and his parents in the photos he would show them each day and in the vegetables he was very proud to bring home to them.  “I would like to thank nature for all the beautiful fields, happy little trees, and scenery,” he said.  “It makes me so happy!” 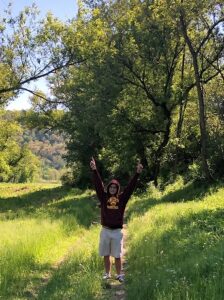 “When you get in tune with nature and in tune with yourself, and nature helps you do that, it’s amazing what you can do,” Dan expounded.  “If you’re a special needs parent, there’s a place to find a piece of gold and that’s here at The Conservation Foundation.  So I can’t tell you how much I appreciate The Conservation Foundation and everything it does for the community, but also for providing programming for 100% of the people, not just 99%, and for John Wagner, who has really grown and become a better person.”

We’re so pleased that the Wagner family and John in particular have found value in the time they’ve spent at McDonald Farm, but we are the ones who have reaped a harvest of rewards from working with this inspiring and joyful young man.  I could have talked with him for hours, but with an impeccably delivered “That’s all, folks!”, he let me know he was ready to be done chatting and get back to work.  And that’s just what we’ll do, following King John’s lead!