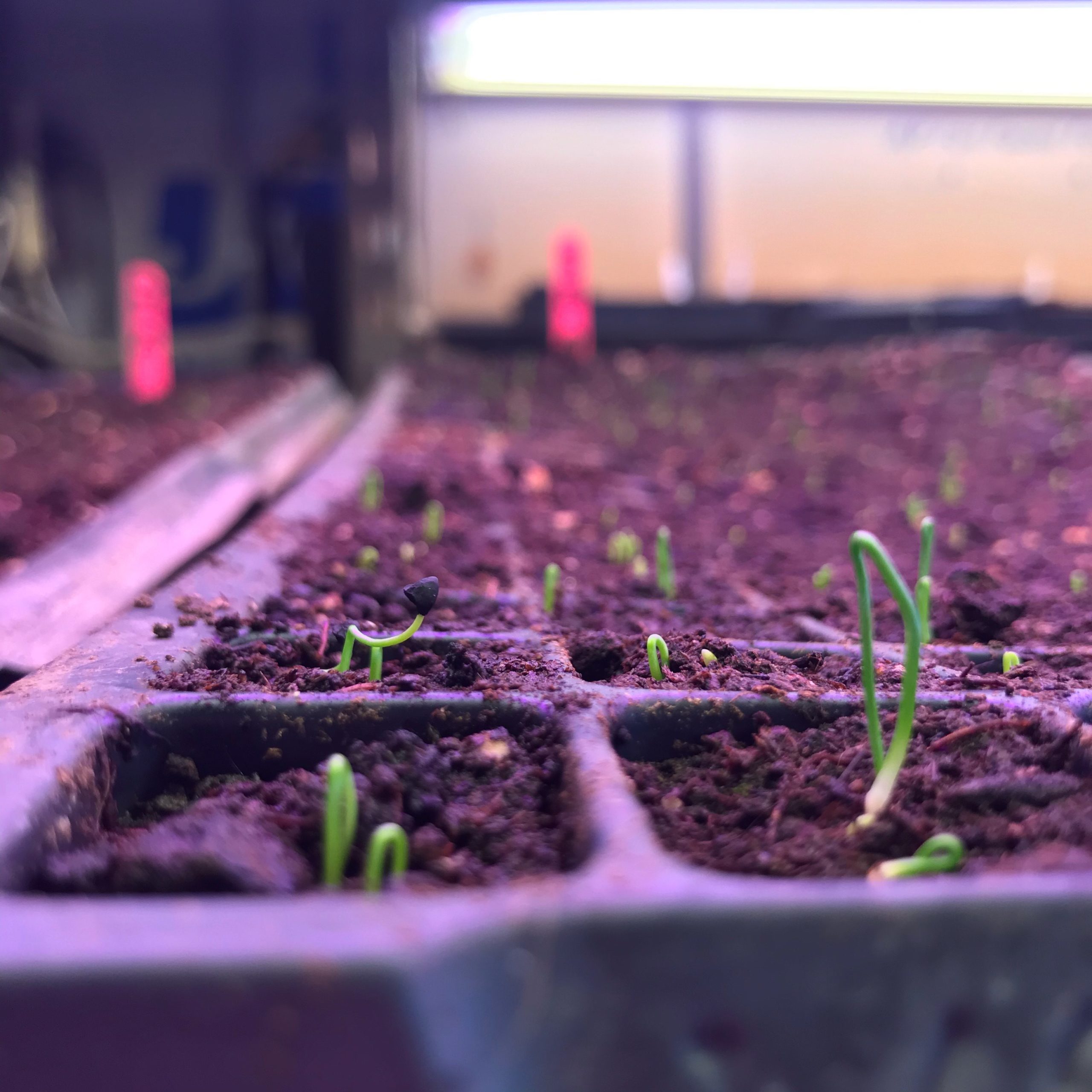 Even on a 20 degree day in February here in Naperville, I can feel myself transported out to the tropics within seconds, where it is 70 or 80 degrees and humid all year round.

Except, I haven’t flown out to the tropics. In fact, I haven’t even left our farm. I’ve just opened a door and walked into the room that on the farm we affectionately call the “chicken coop”. 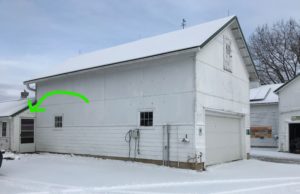 The chicken coop is what most farmers would call a germination chamber, and it serves basically one purpose the vast majority of the year, one implied in its name; get seeds to germinate well (we also do some microgreens, namely pea shoots, but that’s for another post). Germination here refers specifically to the very beginning stages of growth of the seed, with emergence from the soil standing as a separate event.

The majority of crops, especially long-season crops such as onions, tomatoes, zucchini, and peppers that we grow on the farm are seeded into small planting trays measuring roughly 11” by 21”, with cells of varying size that all get filled with soil, dibbled (a small depression about double the length of the seed made with a finger), seeded, then covered with a small amount of soil and left to grow.

All crops have at least slightly different conditions required or favored for germination, but most favor temperatures between 65 and 85 degrees and in high humidity. Onions are among the most forgiving seeds in terms of temperature, but still prefer to be basically in the 70’s.

So, in our chicken coop, we want to create a constant temperature with high humidity for germination and lower humidity once plants emerge. Plants also need light, and we want to ventilate the air inside, replacing the oxygen-rich air our seedlings create with a relatively carbon dioxide-heavy air from the outside. In addition, we need lots of air movement in order to strengthen seedlings, dry out trays (so as to not allow plant disease), and get fresh air to all seedlings.  By my count, that’s at least five variables to manage. So how do we do it? Great question!

Our light sources are fluorescent fixtures hanging about a foot over all 108 trays in the coop,all coordinated through timers. Currently, our timers are at about 14 hours of light per day, but we often have light in the chicken coop for up to 18 hours in a day! 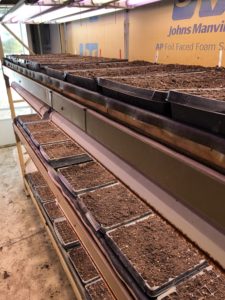 The complicating factor in this is that our light sources are also our heat sources, and if we have them on for 18 hours a day, it will often get far too hot in the chicken coop. We maintain the temperature by opening the doors and/or window, and then monitoring the effect, ensuring it never gets too hot or too cold for our plants.

In order to get air flow and ventilation (two related but separate issues) to optimum levels, we have three fans running at all times and so we are constantly checking to make sure there are no spots of still air, by monitoring moisture levels and drying times for all of our trays. 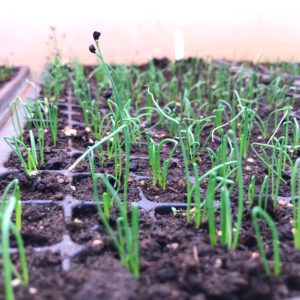 These issues are all intricately intertwined in our production system, and though our chicken coop will never be perfect, we are always striving for our setup to become more suited for  the best germination and growth possible! We want our germination to be fast, vigorous, and even, as the healthier a plant is through its life, the more harvest it will yield. 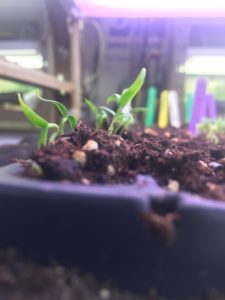 After a few weeks , the onions will move out to the greenhouse and be replaced by the next wave of seedlings. By the end of the spring, most of the year’s produce will have started in the chicken coop! Even in the cold and snow of late February, we’ve already begun to look forward to summer, when we will reap the roots of our labor today.