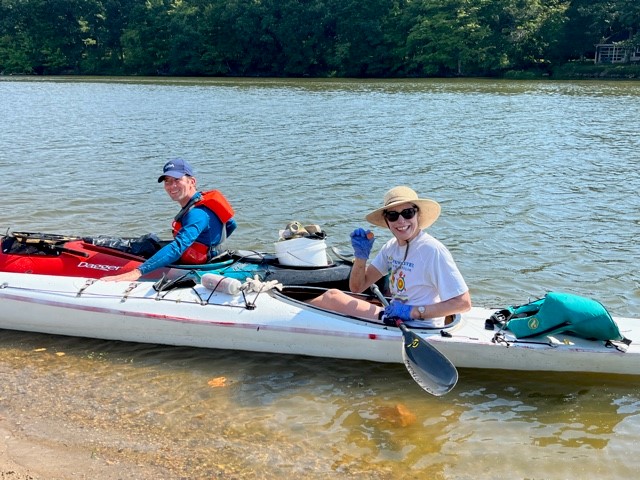 Waukesha, Wisconsin can boast that Jiffy Jell, the predecessor of Jello, and Les Paul, inventor of the full-body electric guitar and the 8-track player, have their origins there. One of our country’s first communities to install street lights was Aurora, Illinois, the “City of Lights,” in 1881. Millions of suppers were forged from the cast iron cookware produced in Batavia and North Aurora, Illinois at the Sperry Cookware Foundry, and Yorkville, Illinois is famous for its pearl button factory and being the home of the Wrigley Corporation, maker of Skittles candy among many other delights. The Ottawa, Illinois area is rich in Indigenous history, and is home to some of the most scenic natural features in the entire state of Illinois. Despite their varied histories, these communities share a unifying thread that winds its way among them with a quiet grace – the beautiful Fox River. 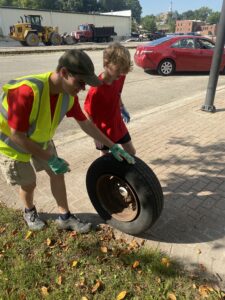 And on September 17th, 2022, communities all along the river’s 202-mile length, from Waukesha, Wisconsin to Ottawa, Illinois, showed up for their river in a huge way as part of Friends of the Fox River’s It’s Our Fox River Day event. 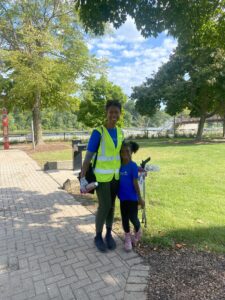 As a partner in It’s Our Fox River Day, we were honored to host two different cleanup efforts, one in St. Charles and one in Yorkville. In St. Charles, an unbelievable 166 volunteers from 26 different towns throughout the region joined us both to scour the shoreline and take to the water to collect trash and debris to make a cleaner, healthier Fox. Though there were still some large finds, this year’s goal was to focus on small litter like cigarette butts, wrappers, containers, and pieces of plastic – just as important and arguably harder to remove than bigger items like tires, bicycles, and furniture that are commonly found during cleanups. Volunteers from St. Charles Canoe & Kayak Club, Fox River Helpers, St. Charles Park District Nature Volunteers, Kiwanis Club of St. Charles, American Heritage Girls IL 0224, Cub Scouts Pack 801, Wredling Middle School, Northern IL Canoe & Kayak, AYUDH Chicago, Rotary Club of St. Charles, Riverlands Brewing Company, Troop 368, St. Charles Breakfast Rotary Club, Daughters of the American Revolution EKK chapter, Carol Stream Rotary, and Batavia Key Club dispersed among 9 different cleanup sites in St. Charles. We would like to sincerely thank all of these energetic individuals, as well as our key partners at the St. Charles Park District and River Corridor Foundation of St. Charles for their tremendous efforts and impact! 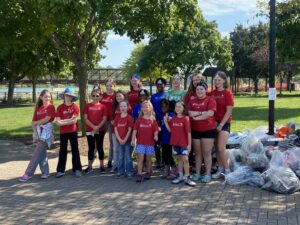 A little further downstream, an equally enthusiastic group of 90 volunteers from 10 different towns spread out to show the Fox River some love starting at Riverfront Park in Yorkville. While about 20 people set out on the water in canoes led by the Kendall County Outdoor Education Center, the rest of our volunteers concentrated on upland areas and fanned out along the shore and among the businesses in downtown Yorkville, knowing that trash left in these areas will eventually find its way into the river and is just as important to clean up as litter along the shore. The Boy Scouts of America Troop 34, Gripple, American Heritage Girls Troop IL 2031, and Yorkville Green Connect all came out in force, joining many other concerned individuals and families in the unified effort to care for our river. Foxy’s Ice Cream helped us treat some lucky volunteers with a gift card raffle, and the Yorkville Parks and Recreation staff were a huge help as well.

In total, cleanups at 33 different locations along the Fox River took place on September 17th, thanks to the coordination and leadership of our partner organization, Friends of the Fox River! How inspiring that all of these people from so many communities, united by their concern for this precious natural resource, came together to make history as the largest Fox River cleanup to date, and to make the Fox River even cleaner and healthier for both wildlife and their communities.

PrevPreviousWhat’s Blooming at the Farm? – September 2022
NextMeet Our Native PlantsNext