Conservation and Wildlife Corridors The Birds and The Bees 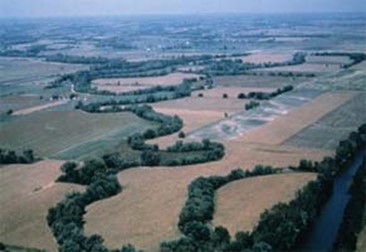 What are wildlife corridors?

A wildlife corridor, habitat corridor, or green corridor is an area of habitat connecting wildlife populations separated by human activities or structures (such as roads, development, or logging). This

allows an exchange of individuals between populations, which may help prevent the negative effects of rivers, inbreeding and reduced genetic diversity (via genetic drift) that often occur within isolated populations. Corridors may also help facilitate the re-establishment of populations that have been reduced or eliminated due to random events (such as fires or disease).

Corridors may potentially moderate some of the worst effects of habitat fragmentation, wherein urbanization can split up habitat areas, causing animals to lose both their natural habitat and the ability to move between regions to use all the resources they need to survive.  Habitat fragmentation due to human development is an ever-increasing threat to biodiversity, and habitat corridors are a possible mitigation.

Illinois is home to diverse wildlife populations. There are red-headed woodpeckers nesting in our woodlands and smooth green snakes nesting in our grasslands. There are trout spawning in the waters of Lake Michigan and river otters playing in the waters of the Mississippi. The diversity of habitats and wildlife in Illinois is one of the state’s greatest assets. However, declining habitat health and availability threaten many of our native wildlife species.

Why are habitat corridors important?

There is general agreement that the main goal of implementing habitat corridors is to increase biodiversity. When areas of land are broken up by human interference, population numbers become unstable, and many animal and plant species become endangered. By re-connecting the fragments, the population fluctuations can decrease dramatically. Corridors can contribute to three factors that stabilize a population:

The Natural Resources Conservation Service (NRCS) of the US Department of Agriculture have stated similar value-added benefits of connectivity for wildlife:

Many of the habitat corridor development opportunities that were identified in The Illinois Comprehensive Wildlife Conservation Plan and Strategy document of 2005 still exist today.  They involve the preservation and connectivity of public, private, and corporate lands across wetlands, prairies, forests, rivers, streams, lakes, and riparian (or more commonly called “riverbank”) areas.

By preserving and restoring our natural landscape, conservation protects wildlife habitats and corridors.  The Wilderness Society states that the protection of pieces of interconnected land or endangered landscapes also can give species a better chance of weathering temperature shifts and other climate changes.  Land conservation protects by stopping deforestation and habitat fragmentation, and even augments by reforestation and afforestation.  Another perspective of land conservation addresses the effects of the Anthropocene era (i.e., the current period where human activity has been the dominant influence on the climate and environment) and corrects what has been adversely affected by humans.  For example, urban sprawl’s effects can be reversed through urban green space development.

Not only does land conservation result in resilient wildlife habitats – it also results in resilient human communities.  For example, preserved land could buffer a nearby neighborhood from heavy storms, reducing loss of life and property.  Preserved land also safeguards clean water.  In essence, conservation not only protects wildlife corridor but also human corridors as well.

What is TCF doing to protect wildlife corridors?

Over the years, TCF has been working on many efforts for the protection and development of wildlife corridors.

While these larger natural areas are obviously key, another vital component of our effort is linking the bigger tracts together through the creation of pockets of habitat.  That is what The Conservation Foundation’s Conservation@Home and Conservation@Work programs are all about.  We will be working diligently to engage more residents, business owners and organizations in these programs by encouraging them to use native plants, reduce their mowing, watering, and chemical use, and especially to plant milkweed!  Milkweed is essential for monarch survival as their main food source and where they lay eggs.

There is also the affiliation with Chicago Living Corridors.  The mission of Chicago Living Corridors (CLC) is to promote the idea that private landowners can be instruments of change by creating smaller natural landscape corridors between larger protected conservation areas, and that these corridors will improve wildlife habitat, water quality, and diminish the effects of climate change.  One area of focus is the development of a comprehensive area map to show the “corridors” of improved habitat, and the possibility of expanding it in the greater Chicago area.  Click Here To View The Interactive Map  This mapping information is so helpful in knowing where linkages can be created between pockets of habitat.  Plus, it is just pretty cool to see the impact of these programs as they grow and spread across the landscape!  We are honored to be partnered with Chicago Living Corridors!

Ready to contribute to conservation efforts that help with providing habitats and corridors for birds, bees, butterflies, and all sorts of other wildlife?  Well, conservation is what The Conservation Foundation does every day.  We can all do more together than we can alone.  Join our collective momentum – Become a member today!