In 2017, The Conservation Foundation is celebrating our 45th anniversary.  That’s 45 years of saving land, cleaning up rivers and streams, connecting children and youth with the wonders of the natural world.  45 years of teaching home and business owners how to create habitat and put their landscapes to work for nature, and guiding elected officials, community leaders and municipal staffers to integrate the care of our environment into their policies and community development and safety efforts.  45 years of watching our volunteers and donors receive the fulfillment that comes from being part of something good that is larger than themselves, and that comes from living a life in concert with nature.

It’ll be a year-long party and we hope you’ll be a part of it!  Here’s what we have planned so far:

~The Wandering Herons:  Our organizational mascot will be travelling to several sites of significance to The Conservation Foundation.  Visit our Facebook page to see where our three tall travelers will turn up next!

~The Rookery Online Store:  We can’t wait for the coming launch of our very own online storefront, where you can load up on all sorts of swag to proclaim your love of The Conservation Foundation!  We’ll have some 45th Anniversary commemorative items, and plenty more products for your own personal collection or to give as gifts with purpose.  A portion of all sales will be donated directly to fund our programs.

~Events:  We’re going to party like it’s 1972!  From our annual Earth Day Benefit Dinner to a paddleboat ride down the Fox River, a Farm to Fork dinner to a Birthday Bash at McDonald Farm, there will be plenty of gatherings to celebrate this milestone year.  Visit our website’s Events page often for specific dates, details and registration information.

Reflecting On Our History

While we remain ever focused on the work yet to be done and all that is ahead of us, we know that pausing to reflect on the successes and lessons learned from the past can provide wisdom and inspiration for future efforts.

The success we have had over the last 45 years and the impact we have been able to make has all been thanks to loyal supporters of The Conservation Foundation (originally called the Forest Foundation of DuPage County), both past and present.  Here are some of the highlights of what they have made possible since our founding in 1972:

1972
The first official meeting of the Forest Foundation of DuPage County is held in January.  The organization is made up of movers and shakers in DuPage County, including Brooks McCormick, Paul Butler, William B. Greene, Bill Rutherford, H.C. "Chuck" Johnson, Carleton Nadelhoffer, Marvin Chandler, Donald Carlson and Mark Bisbee McCormick.

1973
The Forest Foundation completes its first preservation of open space when William B. Greene donates the 260-acre Greene Homestead Property, which is now part of the Greene Valley Forest Preserve near Woodridge, Illinois. This is the first of many land preservation projects for the Foundation in the far west suburbs of Chicago.  Most of the early land deals go down something like this:  one of these gentlemen brings up a property he feels should be preserved, everyone takes out their checkbooks and says how much they’re in for.

1975
35 acres of what is now known as the Paul Butler Nature Preserve within Fullersburg Woods Forest Preserve in Oak Brook, Illinois, is acquired at a bargain price from Mr. Butler. The Sam Dean Memorial Building is constructed on the site the following year, honoring this strong supporter of the Foundation.

Early 1980’s
The Foundation initiates the formation of other conservation groups. Some of these groups still exist independently today, including Friends of the Furred and Feathered (now called the Willowbrook Wildlife Foundation) and Friends of Danada.

1992
To protect it forever from the developers knocking daily on her door, Lenore Clow McDonald donates her 60-acre Naperville farm to The Conservation Foundation, subject to a life estate. 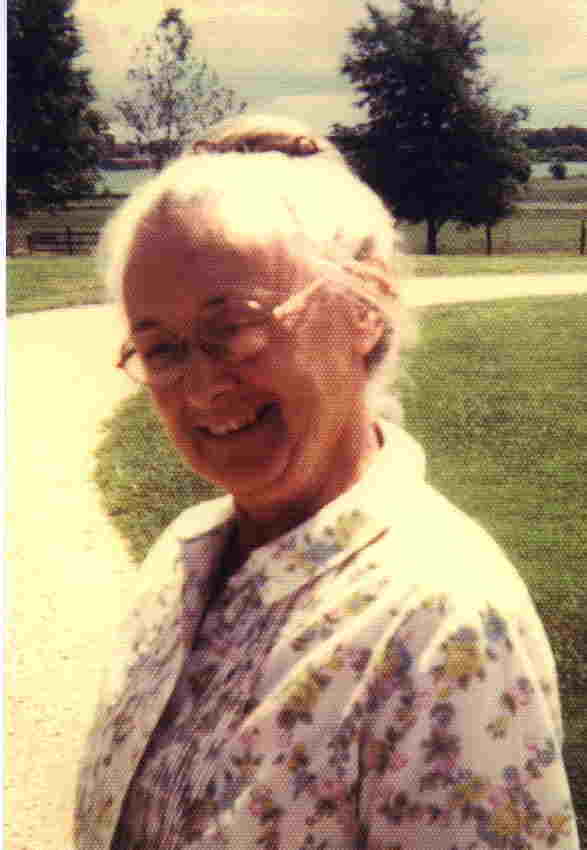 After complications from injuries suffered in a car accident, Lenore McDonald passes away, and her beloved farm becomes the headquarters of The Conservation Foundation.  A conservation easement is placed on the property, and a master plan is developed to ensure its uses for conservation, agriculture and education, in accordance with Lenore’s wishes.  In 1997 the organization also completes its first major strategic plan and embarks on the first successful open space referendum for the Forest Preserve District of DuPage County.

1998
The Conservation Foundation partners with Chicago Wilderness and other organizations to launch the Mighty Acorns® educational program.

1999
Jay Woods, a 45 acre property in Kendall County, is donated to the Foundation and a $1 million grant is awarded from the Illinois Environmental Protection Agency for restoration of the DuPage River.  Open space referenda are successfully passed in both Kane and Will Counties with The Conservation Foundation leading the campaigns.

2002
The Foundation hires its first development director, assists Kendall County Forest Preserve District with the passage of its first open space referendum for $5 million, and begins its partnership with The Green Earth Institute to farm the agricultural land on McDonald Farm.

2004
The wildly successful Conservation@Home program launches to educate and recognize homeowners for their native landscaping and conservation efforts.

2005
Kane and Will Counties do it again, each passing open space referenda with The Conservation Foundation helping behind the scenes.

2006
Our new program office at the Dickson-Murst Farm in Montgomery is opened thanks to a donation of property from the Village of Montgomery.  Our successful open space referendum streak continues as DuPage County voters say yes to the preservation of their natural areas by approving a Forest Preserve District referendum.

2007
April 17th, 2007 is a big day for open space!  For the third time in eight years, voters in Kane County demonstrate their commitment to natural areas protection by approving an open space referendum we are proud to be involved in.  On the same day, Kendall County residents vote to double their amount of forest preserve land by approving an open space referendum by 68%, the highest percentage to date in the region!

2008
Encouraged by the success of forest preserve open space referenda in the area, the Fox Valley Park District seeks our assistance in passing an Open Space, Parks and Recreation Investment measure.  Our collective efforts are rewarded when the measure passes with extremely high support in a down economy.

2009
The Foundation protects 225 acres of land valued at $12.5 million through 10 different transactions and sells 2,500 rain barrels!

2011
Another open space referendum is passed in Kane County with the guidance of The Conservation Foundation.

2013
The 253 acre Dayton Bluffs Preserve in Ottawa, boasting a mile of Fox River frontage, is purchased and preserved.

2015
The Conservation Foundation receives a transformative $1.5 million gift from the Hamill Family Foundation to preserve land and launch campaigns to achieve a new level of public awareness and involvement in the health of the Fox River.

2016
It’s a big year for the DuPage River!  The DuPage River Salt Creek Workgroup, which is staffed by The Conservation Foundation, celebrates 10 years of cutting edge science, water quality monitoring, data interpretation, dam removal and restoration projects along the DuPage River and Salt Creek.  The DuPage River Sweep also celebrates its 25th anniversary.  But the Fox River watershed is also thrust into our organizational spotlight as the Fox River Initiative, funded by the Hamill Family Foundation gift, is launched to create a coordinated movement to monitor and clean up the Fox River, create and preserve habitat and natural lands throughout the watershed, promote collaboration between all organizations and communities built along the river, and involve citizens in all of these efforts.

Today, The Conservation Foundation is one of the region’s largest and oldest private conservation organizations — with more than 4,000 members and donors, and more than 500 volunteers who contribute 20,000 hours per year.   We’re working in DuPage, Kane, Kendall and Will Counties to preserve and restore nature in your neighborhood.

PrevPreviousThe Conservation Foundation Earns Top Rating From Charity Navigator For 2nd Year In a Row
NextLandscaping For a Healthier Life: Resources from the DuPage Environmental SummitNext