Belrose Farm: A Land of Stories 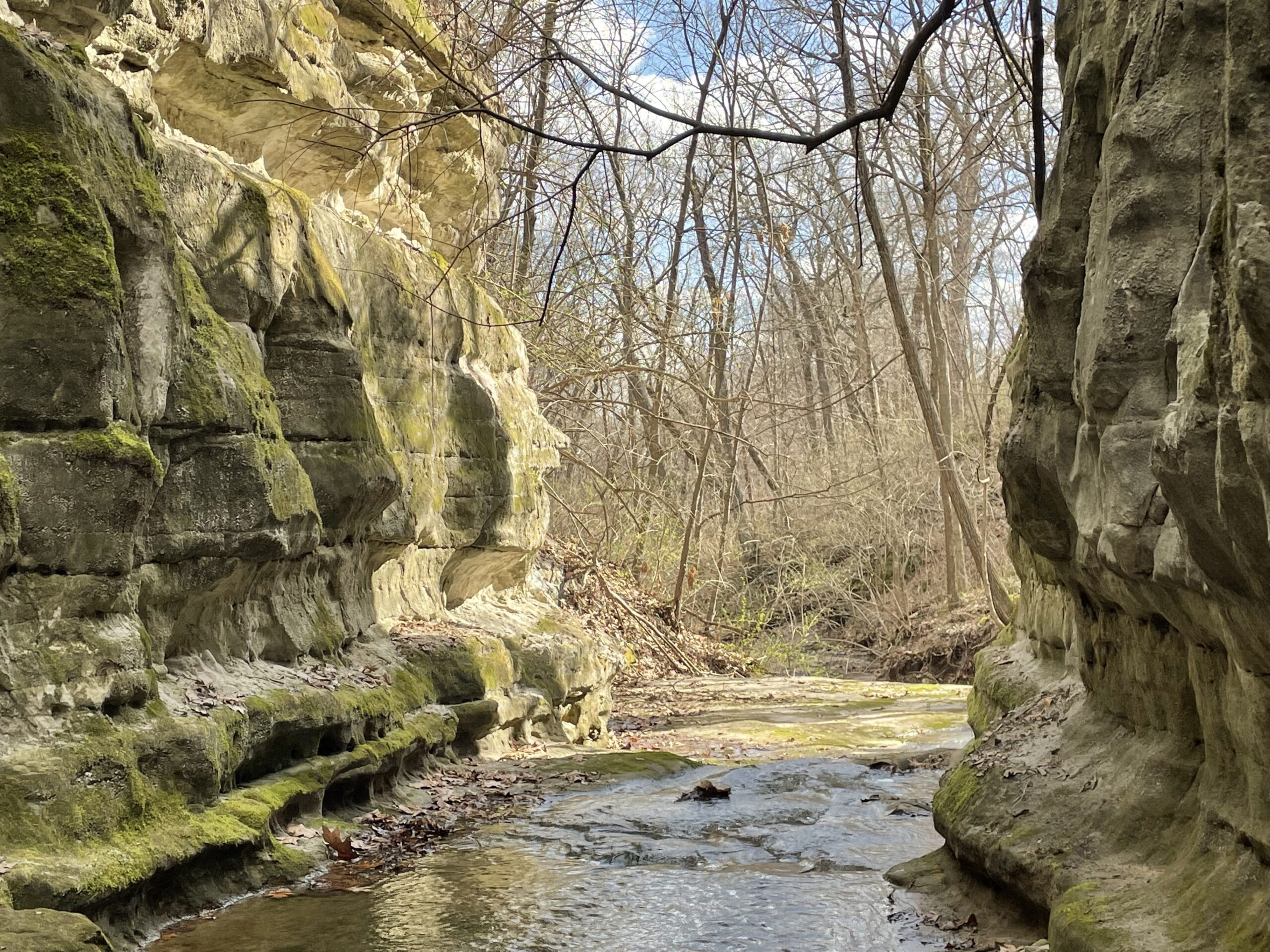 This is a land that has stories. You can hear it in the soughing of the trees as you enter the shade of the forest. You can see it in the eyes of the red fox that darts across your path. You can feel it in the ravines, and pulsing through the ancient rock if you rest your hand upon it. This land, known locally as Belrose Farm, has entered a new chapter in its own story, and how that page was turned is a story in itself.

Belrose Farm had been in the same family for the last 140 years until the end of 2021, when the family decided the time had come to sell it, and sell it quickly, making a sale at auction their best option. Boasting 183 acres, a mix of productive farmland, forested ravines, scenic St. Peter sandstone bluffs and a mile of frontage along the Fox River near Serena (LaSalle County), the property holds appeal for a wide variety of buyers from farmers to developers to sand companies to hunters and outdoor enthusiasts. And having been identified on a 1999 survey by the Illinois Department of Natural Resources as one of the top 20 highest quality natural areas in the Lower Fox River watershed, it most certainly holds appeal from a conservation standpoint as well. In fact, as our Vice President of Land and Watershed Programs Dan Lobbes shared, The Conservation Foundation has been sending letters of interest to the family for more than 20 years! 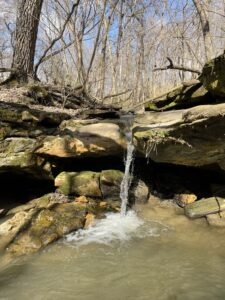 LaSalle County resident and member of The Conservation Foundation Gregg Maze of course did not know any of that when he stumbled across the auction listing online, but drawn in by the listing’s mention of the Fox River and discovering that the property is contiguous to several already preserved conservation properties, he decided to bring it to the attention of Dan and our President/CEO Brook McDonald.  Once they realized what property this was, Brook and Dan were immediately interested in protecting it.

Just one catch – the auction was taking place two weeks from the day Gregg shared it with us!

“We found out that the property was available on December 3rd,” recalled Dan. “And the auction was taking place December 17th. So if we wanted to save it, if we wanted to preserve it, we had two weeks to do it, to figure out a way.” And so the plot thickens.

Two weeks in the heart of the holiday season with no Board of Trustees meetings and Brook out of town is not a lot of time to pull together a preservation purchase of any magnitude. But after two decades of trying, this was Belrose Farm’s chance to be protected forever and we weren’t about to let it slip away. It was a time for creative thinking.

What we needed was someone who could play for us the role that we often play for public agencies, where we purchase a piece of property on their behalf and hold onto it until they can gather funds and pay us back, making this a reverse buy and hold of sorts. A completely new way of going about protecting a piece of land, and one that would require an entity with tremendous generosity and faith in our organization.

Enter the “land angels of Kendall County”, a preservation-minded couple who have become fast friends of The Conservation Foundation and have worked with us to preserve thousands of acres already. Dan took them to explore the property, which they fell in love with immediately, and presented his unconventional idea to them.

“One word can describe our site visit,” they recalled. “WOW!” The Fox River along this stretch is lined with stunning bluffs of St. Peter sandstone resembling parts of Starved Rock State Park or the Wisconsin Dells. “Also a big factor in our decision to get involved,” they continued, “was a local family’s commitment to donate quite a sum of their own money into the purchase. That was “wow” again. Dan and Brook and our confidence in the judgment and experience of the staff of The Conservation Foundation were the third “wow” in our decision to help with the acquisition of Hidden Shelter Canyon. They were genuinely excited about this opportunity and confident that they could get the necessary grant funding to take the property off of our hands within a year’s time. As it turned out, they got the job done in about 6 months.”

Because that’s just the kind of people the land angels are, they set about the task of securing financing, and emerged from the December 17th auction as the winning bidders and new owners of Belrose Farm! A new page in this land’s story had been turned.

So what makes this place worth the two weeks of scramble and stress and sleepless nights? Waterfalls, sandstone bluffs, upland forests, lowland swamps, 300+ year old oak trees, a unique slot canyon known as Hidden Shelter Canyon, almost a mile of Fox River frontage and a rare hill prairie are just some of the site’s most charismatic 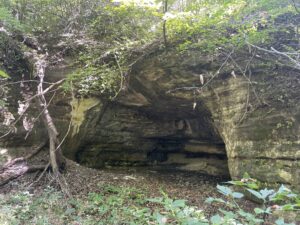 features. And human history is as important as the natural history of Belrose Farm. There is abundant archaeological evidence of the property’s extensive use by Indigenous peoples before the Belrose Family came to it in the 1800s.

Dan, who is celebrating his 20th year with The Conservation Foundation, points to the preservation of Belrose Farm as one of the highlights of his career. “There are some very special places that will always stand out to me, and Belrose Farm is certainly one of them. It’s one of those hidden gems, rare places that nobody has really gotten to see, but now a lot more people will get to experience it and enjoy it the way that I do.”

Thanks to a grant from the Illinois Clean Energy Community Foundation, funding from the Hamill Family Foundation and incredibly generous private donations from two local donors, we were able to purchase Belrose Farm from our “land angels” last month, thus beginning a new chapter for Belrose Farm.

“You need islands of refuge,” said Gregg Maze, “something to escape the town life, to get out there, to interact with Mother Nature and unwind. I’m glad I sort of tweaked Brook’s and Dan’s interest in Belrose. It was too 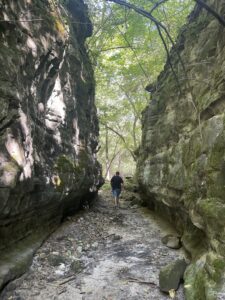 good to let go – It needed to be saved. And I’m glad it’s in good hands now.”

This is a raw, wild land and it will take time to further discover and understand its many ecosystems, restoration needs and what species of flora and fauna call it home, but one thing is certain – it is both a happy ending and new beginning for Belrose thanks to the creativity, generosity and humbling trust shown in The Conservation Foundation by all involved.

We can’t wait to share it with you in the future, so you can discover some of its stories and write some new ones of your own.

Learn more about the property in this video! 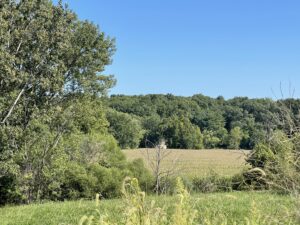