Unlike so many of its longsuffering architectural brethren, the 4.5 acre historic homestead of the Dickson-Farm was spared from the wrecking ball by farsighted Village of Montgomery officials.  While they wanted to keep it from being razed by developers, the Village did not have a specific use for the site. The site was sold to The Conservation Foundation in 2006.  At that time, Kendall County was one of the fastest growing counties in the United States, and to give conservation a voice in the face of rampant development, we needed to be present on the front lines.  A year prior to this purchase, we had initiated Protect Kendall Now!, an intense land conservation effort specific to Kendall County. Our new office space in the Dickson-Murst farmhouse allowed us to become part of the community, and be part of the conversation where land use issues were concerned.

Along with a roomy farmhouse for office space, we acquired several beautifully kept farm buildings in the purchase.

But preserving beautiful old buildings, while a very worthy cause, is not the Foundation’s mission, and the maintenance of these building was a concern. Some creative, out-of-the-box thinking brought together a number of community individuals and groups who agreed to maintain the farm’s outbuildings in return for the use of the space for various cultural and community activities. The Foundation uses the main house as an office, while the Dickson-Murst Farm Partners maintain the outbuildings, which were kept in pristine shape by the farm’s former owners.

The farm is located on Dickson Road, just one mile south of Route 30 and one mile east of Route 47. Former Montgomery Village President Marilyn Michelini was a driving force behind the protection of the Dickson Road site.

“In all my years serving the public, I’ve always said if I do nothing else, I’d like to find a farm in good condition to preserve,” Michelini said. “The rural life is one that is quickly disappearing, and if we don’t protect some of it today, it’s all going to be lost.”

Though now surrounded by homes, the Dickson-Murst Farmstead still stands as an icon of days gone by and a campus from which we work to preserve our natural and agricultural heritage for future generations.

The Dick-Murst Farm is home to a working solar array donated and installed by WCP Solar of Naperville.  These panels provide approximately half of the farm’s electrical needs.

Jason and David Rubenstein were kind enough to put together the aerial video tour above of our Dickson-Murst Farm using their drone camera.  Our thanks to both of them.  Enjoy!

The Partners meet on the third Thursday of each month in the farmhouse at the Dickson-Murst Farm to discuss necessary repairs, organize work days, plan events, and spend time with others who share their passion for historic farm buildings and the lifestyle they represent.

For the past several years, they have organized and held wildly successful events like Spring at the Farm, Day at the Farm, and the Bluegrass Jam. They have also supervised the moving of an authentic Aeromotor windmill, privy and hog shed to the site. The latter two were original to the farm and have been across the road at the home of Shorty Dickson, who was born and raised at the Dickson-Murst Farm. 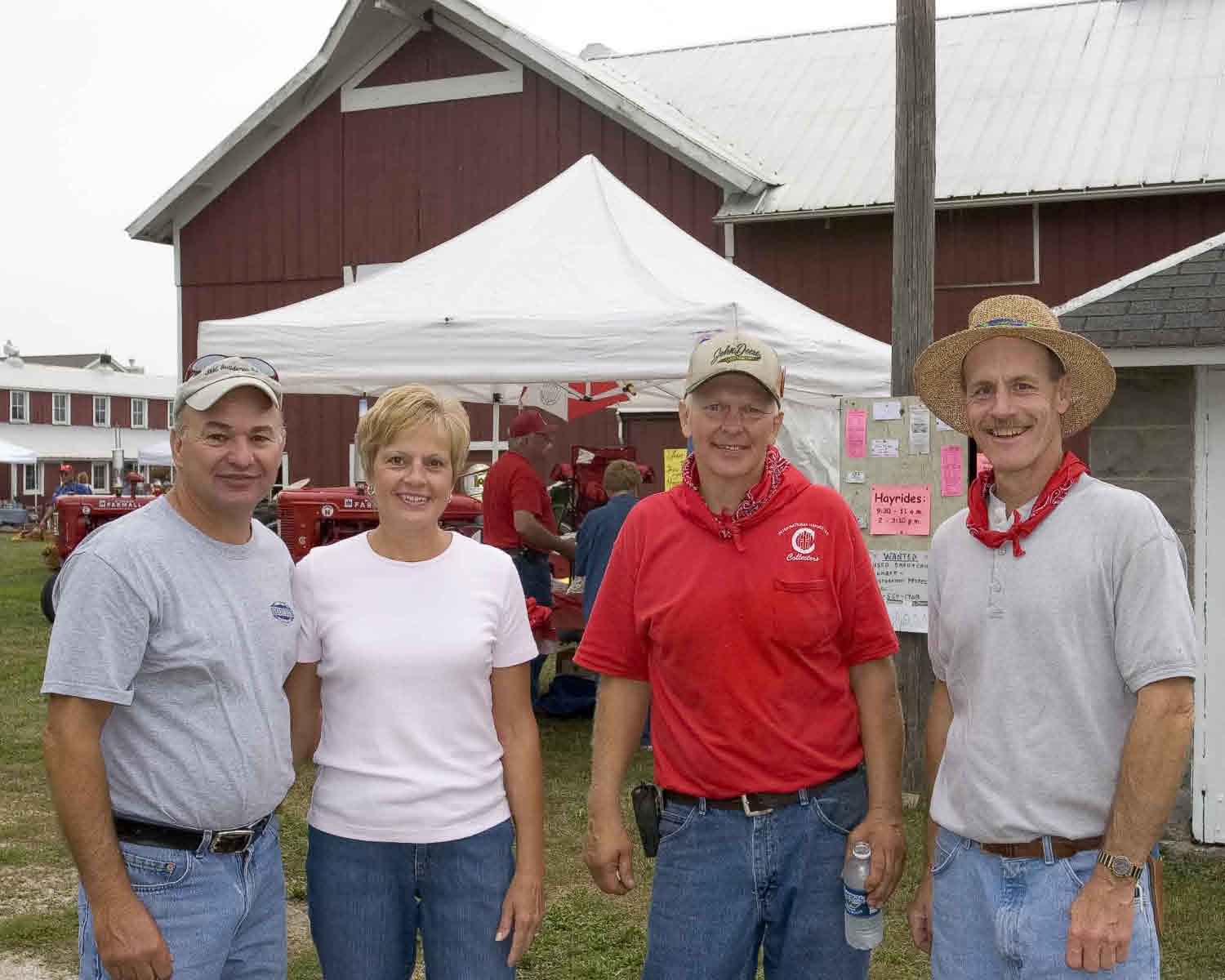 The Dickson-Murst Farm Partners welcome anyone with a love of old buildings, a sense of humor and a penchant for honest hard work to join them. Please contact Ken Wolf at 630-816-0604 if you are interested in volunteering.